I returned yesterday to San Martin, the same village where Bridget and I made our first outreach visit last week. We were headed there again to follow up with Tholang’s grandparents to let them know he is doing well, to provide an HIV positive mother and baby with formula, to visit the pregnant woman who we met with last week to determine whether she had yet given birth, and to check if the clinic had any more referrals.

The first three goals were met easily. We quickly found the pregnant woman, who had fortunately not delivered yet, and loaded her in the car for transport to the Mokhotlong hospital – three hours away. In the US, children almost never contract HIV from their mothers because there is good ante-natal care, the right drugs, and a safe place to deliver. In Lesotho nearly 25 percent of children born to HIV positive mothers inherit the virus. By transporting this mother to the hospital – where she will get a good portion of the services so critical in the US – the chances of the child getting HIV are drastically reduced. This is the “front-line” and preferred option for “treating” vulnerable children. If the child doesn’t acquire HIV in the first place, the whole game changes. We then delivered the good news to Tholang’s grandparents (after nearly getting eaten by some village dogs). Finally, we delivered formula, along with training on how to properly use it, to the HIV positive mother. 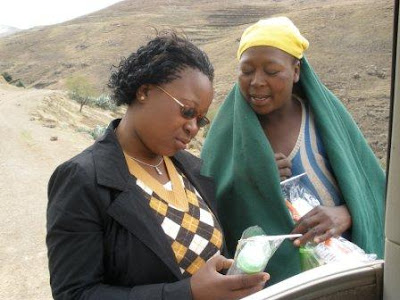 Three-for-three and feeling pretty good at this point, we headed on to the clinic to check for any new referrals.

We sat in the nurse’s office at the clinic, a cold room with outdated and crude medical equipment, tile floors peeling away, and old furniture piled in the corner. 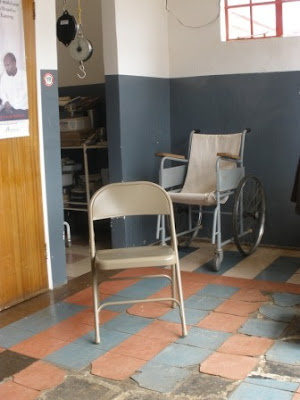 The health worker on duty (not a nurse, and definitely not a doctor) brought in a woman. On her back was a three year old, Mokete, who weighed 15 pounds.

As the mother sat down and unwrapped the child, the outreach team and I could not help but look away. The mother started to cry, perhaps embarrassed at the condition of her own child, or perhaps relieved that someone had finally arrived that might be able to help her son.

Mokete is the sickest child I have ever seen, presenting a sight more jarring than I could ever be prepared for. His whimpers were faint and consistently timed, almost as if the whimper had become a reminder to himself that he was alive. We lifted his shirt and saw his ribs protruding from his chest, skin taut against them. We lifted his pant leg to see a twig – seemingly not an ounce of muscle between his skin and his leg bone. His face was sharp and sunken. Completely ravaged by TB, Mokete seemed as close to death as he did to life.

We quickly loaded Mokete and his mother into the car. As we pulled away, a woman ran from the clinic and knocked on the window. We stopped, and she reached through the window to hand Mokete’s mother some money for the journey and the indeterminate amount of time in the hospital, so far away from home. I choked up as the money exchanged hands. Four Maloti – about 50 cents.

It occurred to me that children like Mokete don’t die from TB. They die from poverty.