Not a bad band name, right? 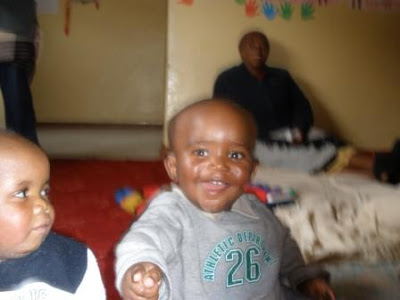 Since these little guys are what TTL is all about, I thought I would share a little information on each of them. Also a good way to put names with faces—pretty cute faces, at that.

Reid and I have started thinking of the eight babies here now as two different classes: the “Fab Four” who are the big guys over 1 year old, and the “Wee Ones” who are all around 6 months. Basically there are four who scuttle around, try to stand, and generally get into everything, and four that mostly resemble large lumps of blanket that cry every so often. 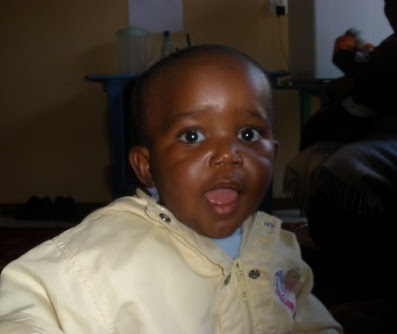 Yeah, quite the mouthful, I know. Pronounced something like Ruh-sid-ee-seet-sway. Because L’s are D’s, and oe’s are w’s. Got it? Yeah, us too. Anyway, this little guy has the most cuddly personality ever. 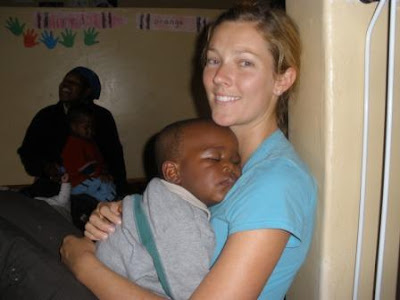 From the first day he has thought I am Mo, so I have received unearned affection. He loves to watch everything going on around him, preferably from a comfortable lap. His favorite game to play is “ja dijo” (eat food), though he generally shows a lot less enthusiasm when it comes to eating his real food. Though it is hard to imagine, R was very, very sick when he first came to TTL. His HIV-positive mother died shortly after giving birth, and he too tested positive for HIV several months after arriving. Though both parents have passed away, R has grandparents who are willing to care for him when he is stable. Now on ARVs (anti-retrovirals – drugs that help control, but not cure, HIV), he is completely lively and happy. 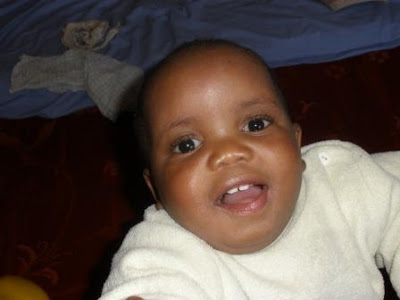 The oldest, though smallest, of the Four. Lerato has a great laugh and smile, and is probably the most active of all the kids, constantly crawling around and trying to get involved in everything. He was the biggest fan when Reid brought out his guitar, swaying to the music and then deciding that he wanted the guitar for himself. 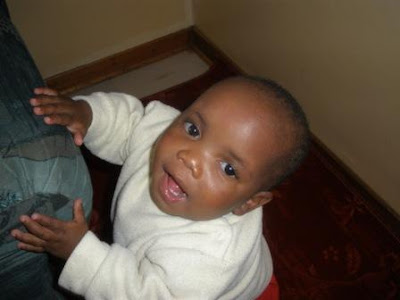 Lerato is also HIV-positive and on ARVs. His mother is still alive, and hopefully he will be reintegrated with her in the next few months. When he came to TTL he was malnourished and sick. Now, other than a rash that comes and goes, he is also doing very well and has the big belly to prove it. 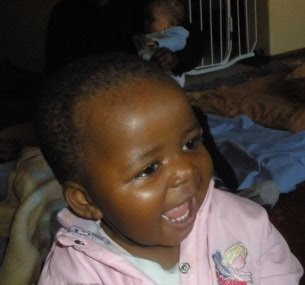 The only girl of the four, and, of course, also the most advanced. (Just kidding. Kind of). She loves to imitate everything, and you can tell she is just on the cusp of talking. She has a love/hate relationship with Reid—she generally sobs the first time he tries to play with her, but then becomes a little bit fascinated and watches his every move until he attempts to play again. 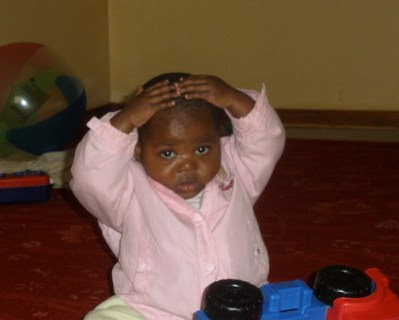 Kananelo lost her mother, though hopefully her father will be able to find support to care for her.

Kananelo is HIV-negative, and overall seems to be doing very well. 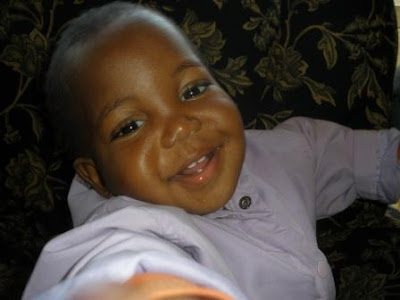 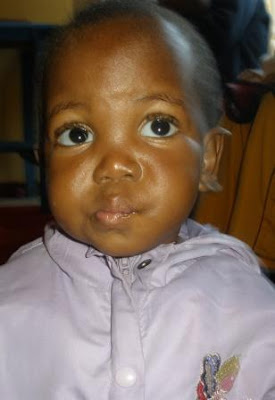 Everything is either sunshine or storms with Thoriso—he has the cutest laugh and smile, but if you thwart him—watch out! He is your typical boy—loves balls and getting tossed in the air, the more action the better. He and Retsilisitsoe compete for attention—if one of them is involved in something the other will be scurrying over to see what’s happening.

Thoriso is HIV-positive and on ARVs as well, but is healthy and will eventually return to his paternal grandparents.

Reading back through this, I already see the bittersweet progression of these kids—from deathly ill infants, to healthy and protected babies, to children who will have to leave a place that they have known as home to return to a world in which they will have to learn to live with a disease that has both threatened their own life and in most cases taken the lives of their parents. I don’t want to dwell on the negative, and merely looking at the pictures you can see the positives. These kids are healthy and happy because of TTL, and thankfully there is also a system in place to provide continued support to them once they return home. Still, perhaps good to keep looking towards a future in which the negatives can be further mitigated.

I will post bios of the Wee Ones in the next few days, so look forward to more cuteness!