After Rethabile arrived at the safe-home last Thursday, two more babies came to the safe-home this week bringing to the total to 10, and leading to a very busy and action-packed weekend at TTL.

A quick note on each of the new kids:

Lebuoajoang (pronounced something like Lay-Boo-A-Jwang) – Lebuoajoang was previously an outreach client, and was brought to the safe-home after his situation started to decline following the death of his mother in June from complications resulting from HIV/AIDS. At 11 months old, he is somewhat malnourished, and his HIV status is unknown (we are awaiting test results). Although a little fussy the first few days, it seems like he is adjusting to life at the safe-home relatively quickly and plays increasingly well with other kids and caretakers. 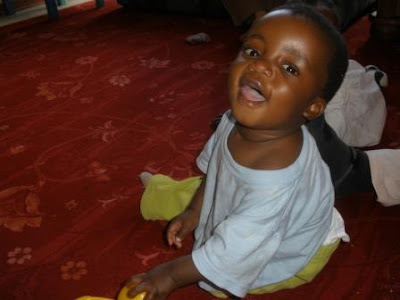 Mokete – I wrote about Mokete three weeks ago after an outreach trip to San Martin that really jarred me. At that time, we transported him to the hospital for treatment of severe acute malnutrition, monitoring of his TB treatment, and HIV testing (sadly, but unsurprisingly, he tested positive). After two weeks in the hospital, he was discharged and spent a week with his mother and aunt waiting for a follow-up appointment at the hospital. The follow-up appointment showed insufficient improvement in his condition, and his mother agreed the best thing would be for him to be rehabilitated at TTL. 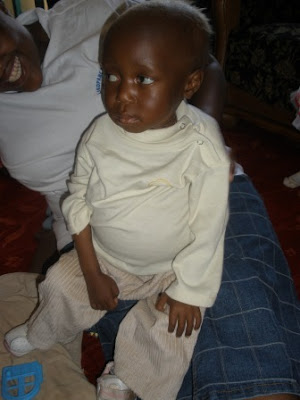 When he showed up at the safe-home, I was pulled in different directions. I was simultaneously terrified to see that he had improved so little after his time in the hospital, relieved that he would be at TTL, and concerned that a three year-old would have a more difficult time adjusting to life here than would a younger child.

Although I think this is the best place Mokete could possibly be, having him at the safe-home will be a challenge. As a three year-old he is fully aware that his mother is gone, he can speak (he told us outright that he does not want to eat the “PlumpyNut” therapeutic food prescribed to him), and, once he has recovered a bit, will be at a different level developmentally than the little ones.

He is now on a strict feeding regimen of F-75 (a sort of super-formula) to help him gain weight and give him strength to fight the TB and HIV, but he is suffering from some serious discomfort resulting from intestinal problems, constipation, etc, and spends hours at a time whimpering and pointing at his stomach. It is hard to imagine the amount of pain and suffering that he has already felt at such a young age, and I think we all feel a sense of impatience for the time when he will be relieved of even some of it.

Despite his struggles, we had a glimmer of hope yesterday when Ellen and Will managed to get a few smiles out of him with some goofy antics. Hopefully a few months at TTL will bring out a lot more of that.