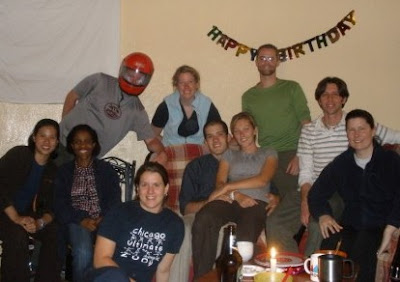 (The whole crew: Claire, Nthabaleng, Will (in the helmet-?), Ellen, Nicole, Reid, Me, Jamie, Tony, and Heather)

Thank goodness for two weeks we can be the same age! Apparently it’s a pretty big deal here in Lesotho for the wife to be older than the husband. Nicole told one of the outreach workers that I was older than Reid, and she said that this stunning revelation caused Mamareka to stop in her tracks, appalled. Will and Ellen told us that when they were here last year they told a Basotho man that Ellen is a year and a half older than Will, and he paused, shook his head, and said solemnly, “Ah, that is not ideal. No, that would not be ideal for Basotho.” Ouch.

Despite the disturbing difference in our ages, the birthday party went off without a hitch. Dr. Tony (one of the Baylor doctors) and his wife Heather came, along with Nthabaleng. We made burritos and a big chocolate cake – 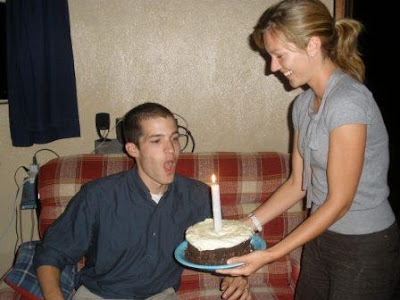 – and played a rousing game of Mafia (taking advantage of the first, and maybe last, time that we had a group of 10 people around to play).

Now that Jamie, Will, and Ellen have arrived, things have gotten a lot livelier around TTL. With seven people living on the compound it is starting to feel less ascetic and more like a college dorm, but I think that as a group we will really be able to encourage each other and increase our positive impact in Mokhotlong. 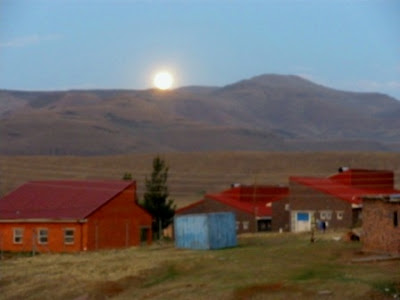 (Gratuitous awesome moonrise picture–Going back to our
burgeoning astronomical interests. This taken at 6:51, for the record.)