To see the four children that I posted about last week now, it is hard to believe that they too came here as sick and tiny babies. Since these other four little ones are mostly in the sleeping and eating phase, it is also hard to judge their personalities in the same way you can with the others. But as the Fab Four start to stand and walk, these signs of independence also signaling their imminent departures, these babies will be the ones that we truly get to see grow and develop.

I am including Letlotlo here, though he was actually reunified with his grandmother on Monday. Poor Letlotlo is always sniffling and snorting from some sinus problem, but otherwise he is happy and healthy. He was taken from his village because of malnutrition, illness, and the death of his mother. 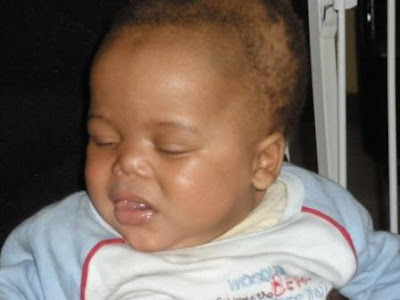 The situation at home is not ideal, but luckily TTL will continue to pay visits and monitor his progress once he leaves. I hope we can share stories of Letlotlo and the others as they are placed back with their families.

Relebohile was one of the babies we brought in with us from our first outreach trip. Though she is the oldest of the younger set (almost a year old), she is still very weak and so spends most of her day being held and watching the action. She is having a hard time eating her daily dose of Plumpy Nut (a therapeutic food prescribed by Dr. Tony), but definitely has more energy each day. 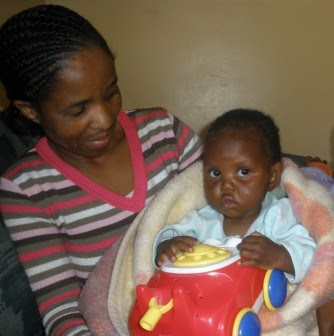 I wrote this italicized description exactly a week ago, and it is startling to realize the difference in her demeanor in that short time. You can see the great difference in the two pictures: 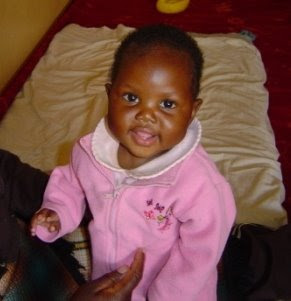 She has really begun to take an interest in her surroundings, and has been suddenly transformed from an ill-looking infant to a smiling and playful child. As I noted earlier, her rapid test showed that she is HIV-negative.

The really little guy we picked up on our first day. Though he appeared so tiny and weak, his condition was less severe than Relebohile’s and he is doing very well on formula. 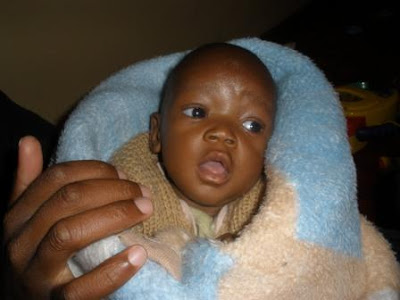 He has a beautiful little face, which now opens up into smiles when you make funny faces at him. We found out that his mother (next door at Mokhotlong Hospital) tested positive for TB, which means that Tholang has to be watched very closely for signs of the disease, but he seems to be doing very well for now. Kokonyana took him to visit his mother last Tuesday, and said that the mother was doing well and overjoyed to see her son.

The newest addition to TTL. 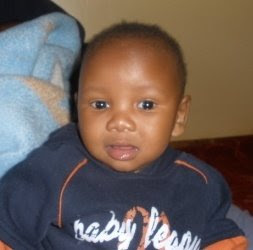 Tsepo did not come primarily for health reasons, but because his mother recently passed away and he was being insufficiently cared for by his widowed and elderly grandfather, who currently has the care of seven grandchildren. Tsepo is a case of prevention, since under the circumstances he might have soon deteriorated. As of now, he is adjusting well and seems happy and healthy.