The Tiny Lives Foundation > Uncategorized > In Resource-Poor Countries…
Uncategorized / Jun 18, 2014
Below is a guest post from Georgetown medical student Adam Knudson, who visited Mokhotlong for several weeks in April. Adam is studying internal medicine and joined the Outreach staff on site visits as well as volunteered at the Mokhotlong Government Hospital, where he observed many effects of the HIV/AIDS pandemic firsthand. 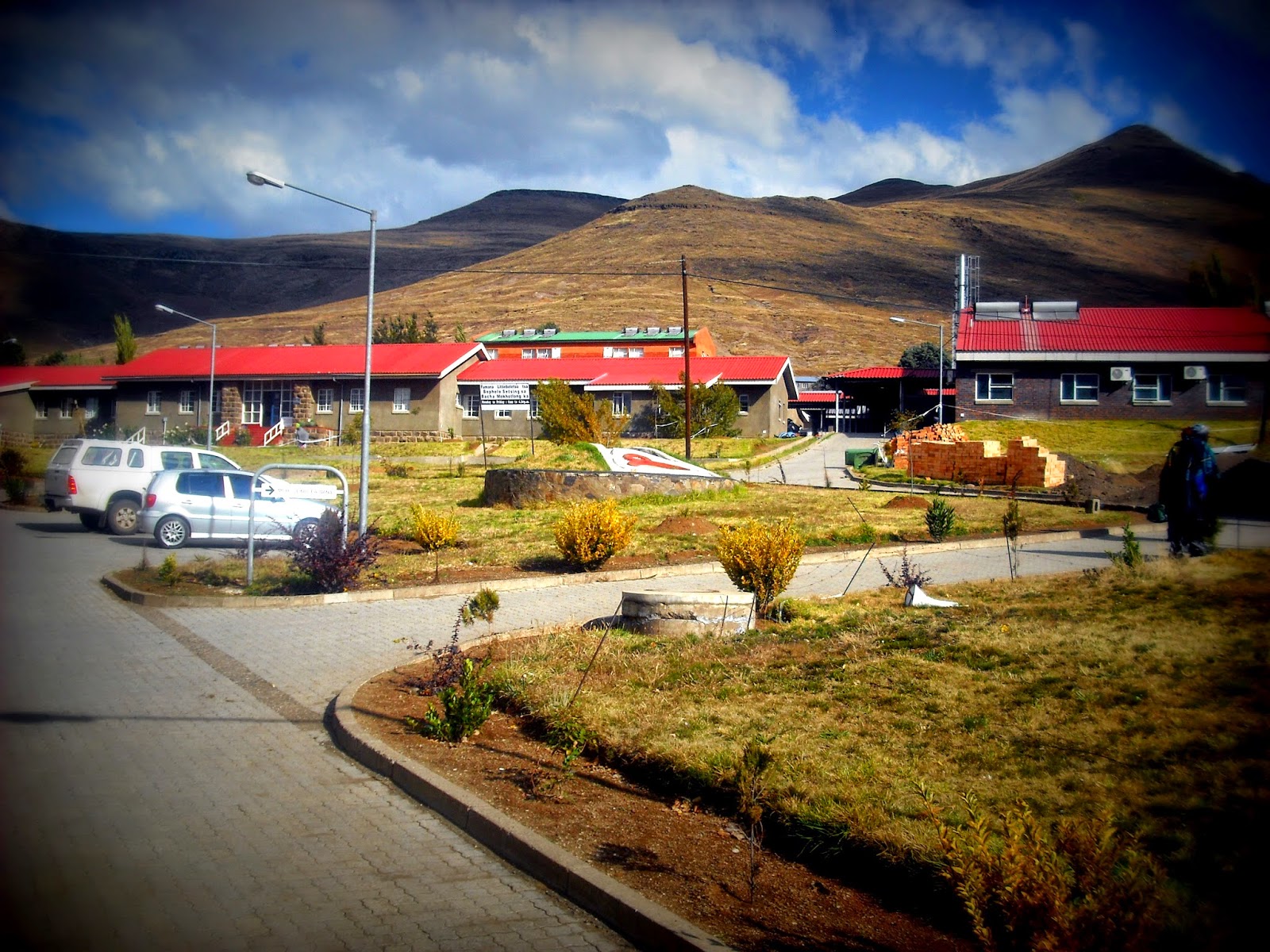 The Ntate shuffled into the outpatient clinic with the gait of a weathered octogenarian. From his physical appearance, I would have guessed him to be in his mid-fifties, but the birthdate on his Bukana said he was thirty-five. His stick-like arms and legs poked out from underneath his many layers of clothes and traditional Basotho blankets. With sunken cheeks, sunken eyes, and sunken temples, every contour of his skull was visible on his gaunt face, which was now little more than skin draped loosely over bone. Every rib was visible in his birdcage chest, and the concavity of his abdomen made me question how any internal organs could possibly fit inside.
The Ntate’s belt measured his dramatic weight loss. A worn hole in his belt from when he weighed his heaviest was now eight holes away from where the belt was currently buckled. Still worse, having the belt buckled as tightly as possible in self-made notches wasn’t enough to prevent Ntate’s pants from falling off his hip bones. He tucked his thick wool sweater into his tightly secured jeans in order to hold them up.
Like several patients I encountered at Mokhotlong Government Hospital during my month as a TTL medical volunteer, Ntate was suffering from AIDS wasting syndrome. While AIDS wasting syndrome is typically only seen in end-of-life scenarios in the US, sadly, it is not an uncommon way for adult patients to present here when they are first diagnosed with HIV/AIDS. In Lesotho, the HIV prevalence rate is an astounding 23.1%, second highest in the world according to World Health Organization data from 2012. Thanks to the efforts of Touching Tiny Lives, Baylor International Pediatric AIDS Initiative, Elizabeth Glaser Pediatric AIDS Foundation, the Millennium Challenge Corporation, and other global health initiatives, Lesotho’s HIV prevalence rate is actually down from nearly 30% a decade ago.
Despite the progress, many challenges remain. Limited resources create hurdles. Mokhotlong Government Hospital, which acts as a referral center for clinics in all of Mokhotlong District, has been without a functioning CD4 count machine for the better part of the past six months. It’s awfully difficult to appropriately treat HIV/AIDS patients without knowing whether their current treatment regimens are effective. Instead of using CD4 cell counts to stay ahead of the disease process, healthcare workers here are forced to resort to monitoring physical signs and symptoms and play catch-up when the disease gets out of hand. The few patients with the economic means to travel are told to go to hospitals in other districts to get their CD4 counts checked.

Social and cultural factors also pose barriers to preventative measures. Some of these issues are highlighted by the wide gender disparity in HIV testing rates. According to old UNAIDS data from 2009, 68.8% of females in the country had been tested for HIV at some point in their life, compared with only 39.3% for males. From my brief time in Lesotho, it seems that gender disparity hasn’t changed much. Female empowerment campaigns and Preventing Mother-to-Child Transmission (PMTCT) efforts likely contribute to the higher female testing rate relative to males. So too, I suspect, does a culture of male denial. Reading through a TTL baby’s intake packet and noticing that the baby’s mother was HIV-positive while the father’s status was “unknown and refused testing” was one of the more frustrating moments during my month at TTL. The silver lining was an HIV-negative baby, one of many PMTCT success stories.

As a soon-to-be resident in internal medicine, I am thankful for my opportunity to spend a month in Lesotho with TTL and Mokhotolong Government Hospital. My experiences here have been eye-opening, and my time in Mokhotlong allows me now to put faces to the phrases “in resource-poor countries…” and “in Sub-Saharan Africa…” from medical literature and medical school lectures. I leave Lesotho with a re-affirmed passion for global health. Despite the challenges and frustrations, I am optimistic that the successes and progress in Lesotho will continue, and I hope to contribute to that progress in the future.